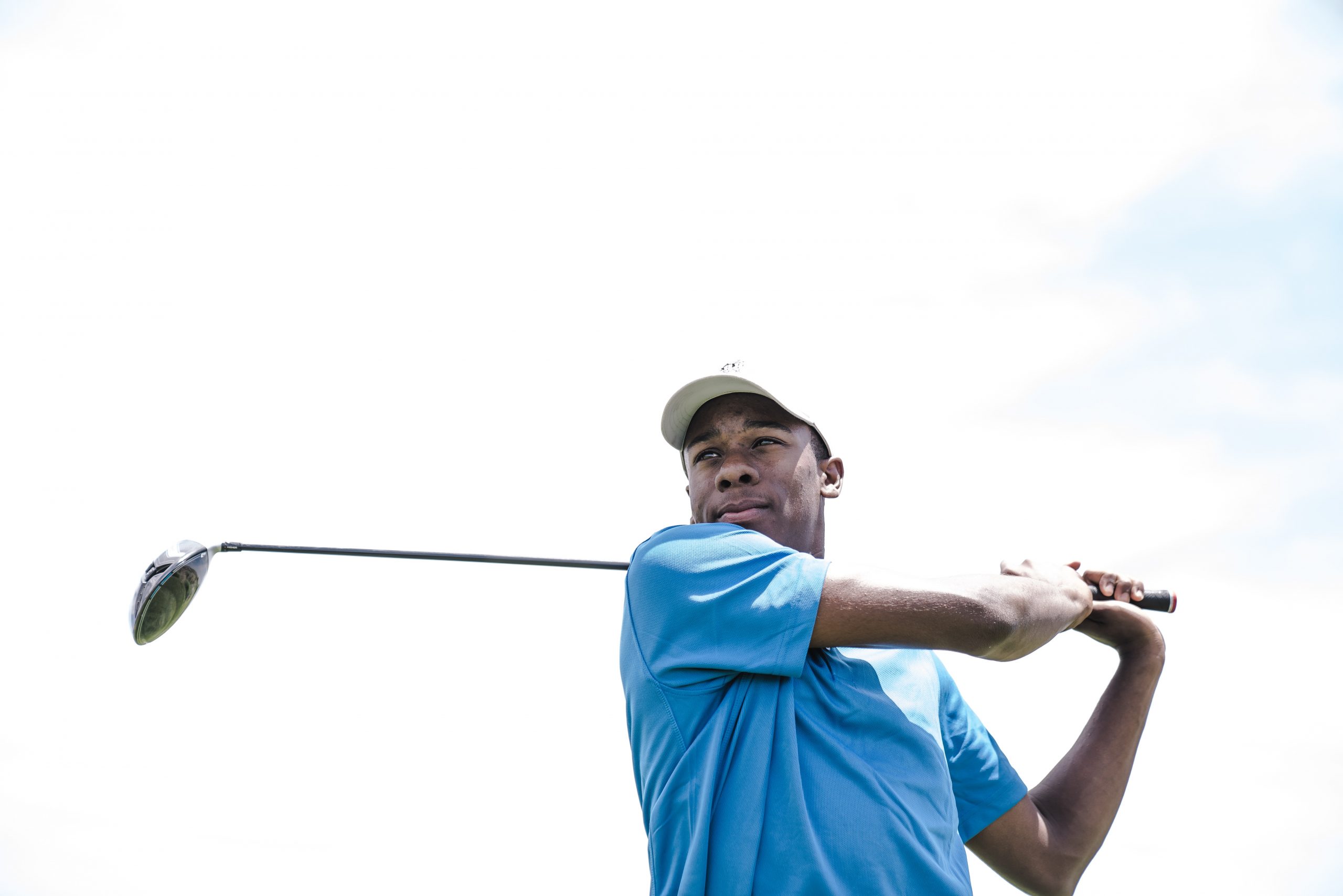 Golf can be an infuriating game to master! In fact, according to Raymond Floyd (winner of four major championships), they call it golf because all the other four-letter words were taken!

So, why not consider using hypnosis to improve your game and avoid using expletives?

Tiger Woods has used hypnosis for his golf game since he was thirteen years old and there’s every likelihood that you can improve your game by using hypnosis.

Evidence shows that hypnosis can be successful in eliminating chokes (the term “choke” comes from the concept that you feel like you can’t breathe – or even in some cases that someone is strangling you – when under pressure; it’s almost as if you experience a lack of oxygen). In sport, choking occurs when you get in your own way, mentally; your mind prevents you from performing optimally. In most cases, athletes even experience physical changes, such as tension, increased heart rate, and rapid breathing. Athletes also report mental changes, such as anxiety, apprehension, and confusion. Unfortunately, athletes often change their strategy when choking and often perform more tentatively; becoming hesitant and uncertain, which then very often leads to a loss of confidence and losing the game/match/event.

Most athletes and coaches would agree that choking happens when you are firmly in command of your performance or the competition – or both – and yet you still lose because of a change in your mental state, which leads to a sort of mental disintegration. The pressure is felt, and confidence dwindles, such as when Rory McIlroy lost a big lead and shot a 43 on the back nine during the final round of the 2011 Masters tournament. Athletes who choke will lose a big lead because they are fearful of not finishing off the game or they perform timidly or defensively and lose trust in their skills.

In this article, I share with you some findings from recent research (Pates, 2020) into how hypnosis can improve golf performance.

The research, which takes the form of a case study, specifically looked at a clutch-based hypnotic intervention with a senior PGA golfer. In case you’re unfamiliar with the term, a “clutch state” is a mental state associated with optimal performance and is often used in sport, as is the term “flow state”.

Flow is a special psychological state of total absorption in a task. When in flow, athletes are fully focused on what they are doing, and this heightened attention is associated with several positive factors. There is much evidence in support of the existence of a flow state, but it doesn’t fully explain the peak performance experience. Optimal performance is also associated with what’s known as the “clutch state”. Clutch states can be achieved in clutch situations, when athletes need to “make something happen” – these situations will typically be a high pressure point in a competition where the athlete’s success or failure in making something happen has a significant outcome on the overall result – in golf that might be holing a difficult putt to win a competition.

In Pates’ (2020) case study, the participant (Mr. B), a 50-year old male in his first year of being a Senior on a PGA tour, recognized that he under-performed in clutch situations and agreed to participate in the research. During the first stage, and under hypnosis, Mr. B was given suggestions to regress and recall a situation in which he had to make a successful putt or stroke to win an important match. He was guided to, not only recall the situation but to re-experience it, using as many of his senses as he could. Once the multisensory experience was at its height, a hypnotic “anchor” was installed (an anchor is something which immediately – at an unconscious level – triggers a memory, feeling or response) which was triggered by the verbal phrase “let’s hole this shot”. He was then asked to imagine playing a round of golf and to include a multisensory image in which he used his “let’s hole this shot” trigger to successfully hole all of his approach shots from the fairway; all the chip shots from around the greens and all of his putts. When Mr. B was brought out of hypnosis, he was asked to trigger his clutch-performance state and in doing so found that he could access the feelings associated with the clutch state, at will.

The final stage involved Mr. B actually playing 18 holes on the golf course and part of his pre-shot routine was to incorporate the trigger on every approach shot, chip and putt. Once he felt that the feelings associated with the clutch state could be accessed under normal playing conditions, the training was deemed complete. Interestingly, Mr. B used the trigger in situations on the golf course that did not require clutch performance and found that general performance, as well as clutch performance, was enhanced.

Mr. B went through these live stages only once and subsequently listened to an audio recording of the live hypnosis session and played golf daily over a seven-day period. It’s important to note that he was not under hypnosis when playing golf during this period nor when playing in subsequent tournaments, he was merely using the trigger as part of his pre-shot preparation.

As part of the research, Mr. B completed a practical assessment questionnaire after finishing each tournament he played in, thus enabling the researcher to study his subjective experience during tournament golf. The findings are interesting and provide evidence that hypnosis can improve performance in elite golfers. Mr. B reported feeling “more focused on the task,” experienced “improved concentration,” “intensity,” “effort,” and “commitment” to his shots. His emotions were affected positively also as he reported feeling excitement, confidence, and fun. Even his perception changed during clutch situations, when he had to make a putt to save par or make a birdie. For example, he perceived his mind was controlling the ball; “I felt I could will the ball into the hole . . . there were times when all I had to do is think about holing the shot and it would happen, it was the strangest thing.”

So, there you have it. You absolutely can improve your golf with hypnosis – and if anyone asks how you know for certain, just tell them a little “birdie” told you.

←The Power of Self-Hypnosis What is Theta Healing® ? → 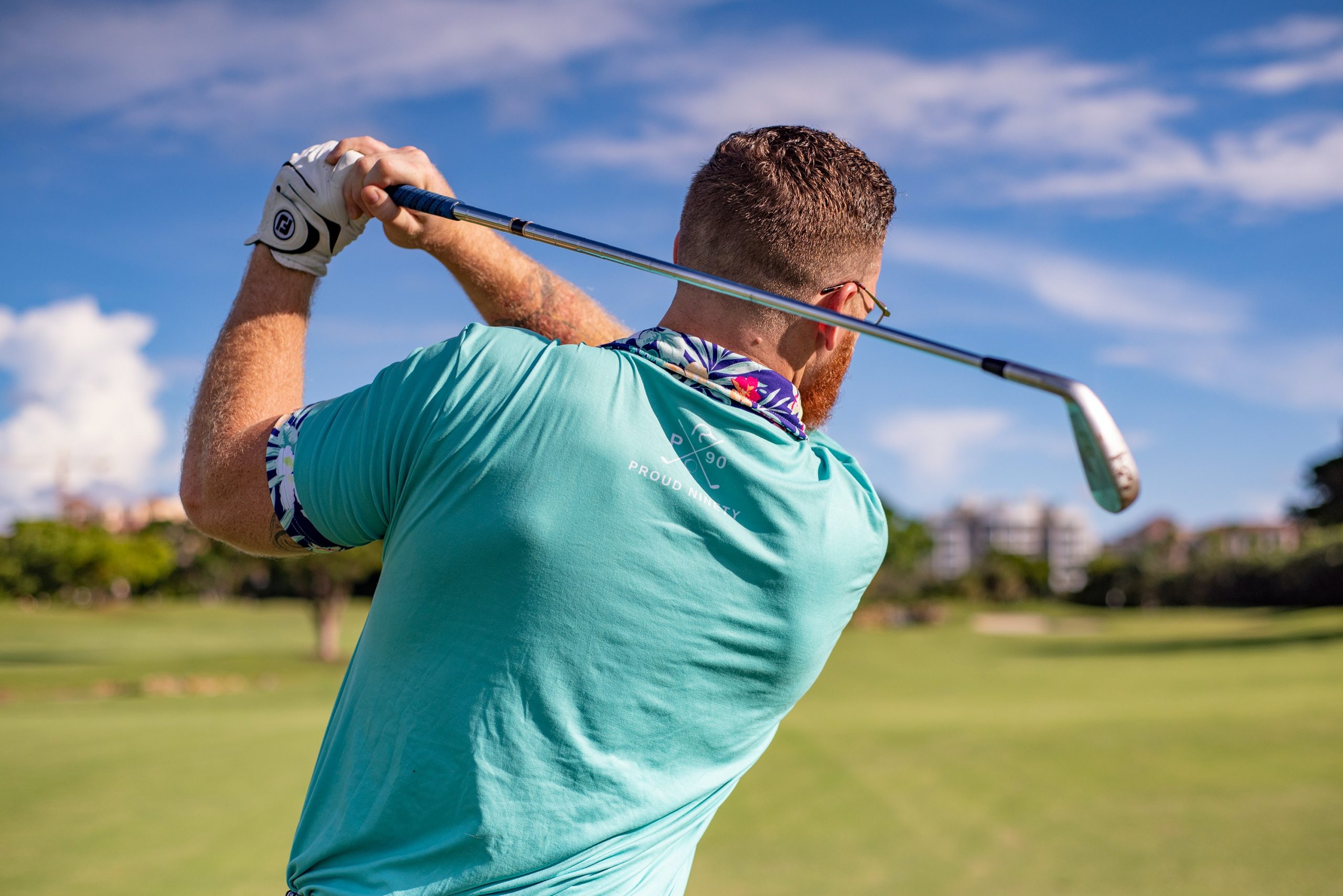